I would just like to say this is purely my opinion based on the knowledge and research I have undertaken. I would like to also note that I have absolutely nothing against consenting adults indulging in whatever they agree upon but this is not the case with child abuse. Apologies in advance if I offend anyone, although, not if you’re a paedophile or an abuser or violator of any kind!

There is no race, country, religion, creed, colour or status that child abuse does not touch. With or without; money, love, two parents, exceptional education or anything and everything money can or cannot buy, will not identify who will and who will not be touched by child abuse. The innate behaviour of a paedophile can’t be changed. I use the word innate as it is – it is a preference that a paedophile is behaviourally, innately (not by choice – like being homosexual) attached to and can’t change. For example, I am a straight female – heterosexual. There is no amount of counselling, medication, psychiatric, religious or any other kind of “help” to be offered to me to change the fact that I am heterosexual – you cannot counsel me into being a lesbian or a fetishist or to like B&D if that is not part of my reptilian brain sexuality and not who I, innately, am.

Perhaps if we took more of an attitude that paedophiles cannot be rehabilitated (as science realised with homosexuality – it is their sexuality and not a choice), perhaps then less harm would come to our children. The majority of paedophiles who go through rehabilitation programmes re-offend again and very quickly. How would you go through life without sexual gratification, particularly during the peak of your hormonal life without any sexual gratification even though there are numerous opportunities for you to fulfil that desire – and yet you can not. This is irrational and unreasonable to expect of someone’s sexuality. Sexuality is what we are hot-wired for as human beings. It is what makes the world turn. So with that being said, with sexuality such a massive part of our being as human beings to survive – how on earth can we possibly expect a known paedophile not to re-offend?

We look at the paedophile through our own eyes and perception – a “non-pedocentric” view, whereas we need to know how a paedophile perceives the world and his opportunity, his innateness and where he can be tripped up. We need to do extensive research into common identifiers paedophiles use to select a child to groom, whether on-line or in the real world scenario. They will be very different scenarios, also whether familial or non-familial grooming. The majority of offending against children was familial, but now with the internet and the availability that strangers have to our children, this is swaying. We need to do everything – not something – but everything to protect OUR children the world over. A society should be measured by the way it takes care of its’ vulnerable populations, not by how many meetings/summits/discussions a country pays for to discuss which assets should be sold or a lot of hot air where nothing changes but the hotel break was lovely and the food was great! For who’s benefit?

This is just the start of something I would like to continue writing about – this is Part One of goodness knows how many pieces, as this topic is fricken massive, but needs to be addressed. It is something that eats away at my heart and soul every day and so I hope whether you agree, disagree, have other stories, please share, please get involved because the more we talk about this, the more we find out, the more we can change. I mean, imagine if we could find out that the majority of paedophiles pick children who, for example, don’t make eye contact or wear the colour yellow – we would at least have something to work with. We must empower our children and remove power from the paedophile. I believe in the 35c solution for paedophiles – or use them for testing instead of our innocent animals – either way, they are taking up OUR kids air that they should not have to fear breathing anywhere at any time.

In Phase 2 I would like to continue with addressing the innate behaviour of the paedophile and the impossibilities of changing this, but with regards to desire and not just behaviour. 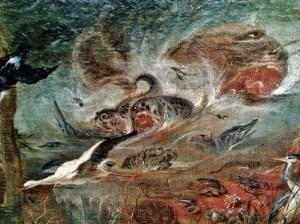 I’ve often wondered why just about everything we discuss has to be blah blah blah OR blah blah blah… Why can’t it be both? Why is it not possible that these things are symbiotic? Co-morbid? Dual catalysts? I listen to people discuss the big question of how we got here. The options, in this conversation, may I be so polite, are:

Okay, so everybody’s got a point and nobody has the answer so there is some validity of possibility in each perspective. Especially if you consider the human to be made up of physical, mental and spiritual capacities and needs, which I do. And in this debate there is even more than two sides to contemplate. So each individual has solid, understandable reasons – well within reason, and are glued to the ground on what those reasons are and why. The discussion becomes what people like to call “heated”. I, totally unlike my robust debatable self, still did not get involved. I could hear the rising of offensiveness from each party as the others poo-poo’ed each others perspectives and theories. It wasn’t going to end well, nobody likes to be poo-poo’ed.

After the hoo-ha and everyone had left, my man and I plonked ourselves in front of the television, grateful for the calm noise and not the hysterical noise. Everyone would get over it but it was always the same with the topic of how we got here, not just with people I knew, but many will argue these points to the enth degree, with really, no real evidence to be honest.

So for me, I decided that being only human, I really knew sweet F.A and to tie it up nicely in my head, I just gather all of that info and think that maybe we were created by some super entity as a 3rd rock, as a planet within a universe. But that was all, then one of the stars in that universe, with life in it, crashed into this 3rd rock and was the prime delight to allow things to flourish and grow, and so it did. And things did evolve and become this amazing exotic world we are fortunate enough to live on now.

Why can’t everyone be right? They can be right somewhere in a time continuum of the human development and creation. They just all need to put their stories together. But like I say, nobody has the answers, and maybe we don’t even find out a bloody thing when we die and still know jack-shit (a good friend of mine)…

The other thing people tend to do this with is my favorite topic – serial killers. For some inane reason we have to ask whether it is nature OR nurture….it’s both for dog’s sake. If you could take a serial killer as a baby and nurture him in a certain way you will either bring out or highlight the best or the worst of that character. What I think we need to realize is that this is a possibility for every child as again, everybody has the capacity to kill, it just depends on how that is brought out in you. For some people, all that has to happen for them to pull out a gun and kill someone, is an insult outside of a bar. For others (myself included) I would have to be in a situation where my life or the life of someone was threatened and they were being hurt. Then I become the killer. We all sit somewhere on that continuum and depending on how we are treated is how we will react. But at the end of the day, intention, mens rea, is everything. So for me it is both, not one or the other in this instance too. I’ve been finding out in my life that things are not always black and white. Human beings are complex, emotional beings with such a variety of combinations of everything that it is impossible to label or put people in boxes. It just doesn’t work like that.

But I must stop rambling now – I have so much I could scribble about – but I will not bore you with my ranting and raving. I put my soapbox away…;) thanks for reading though, if you got through it! 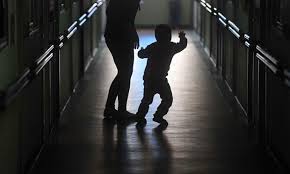 This is not a Horror Movie

This is Real Life

Where a Mother kills her Child

or a Husband kills a Wife 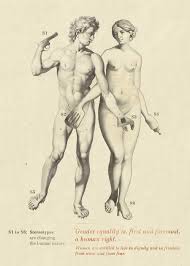 I’m quite happy being a Woman

I don’t want to be a Man

I don’t want to scratch my nuts

or take out the trash can

I don’t understand the confusion

about the Man and Woman sequel

Of course we are very Different

I am proud to be the Carer

The Fantastical Giver of Life

the gentle softness of

a safe place to fall

When you return from

My Man, the strong Protector

The Bringer of that Life

who will be Honoured to care for me Truly

would call me his Wife 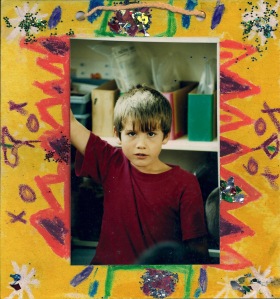 There’s a part of me

that will always go on

I’ve shared this with our Mother Earth

She called him my son

There’s nothing so wild

as the ride that we’re on

mother and child a bond

And there you were

and everything about you was so small

And here you are

with a shy tattoo on you

And everything about you now is tall

There’s all of you

that makes me smile

When you hug me so big and

hang around for a while

There’s you and me and then

I never knew that it would be you

to teach me about myself

Come and Join Me 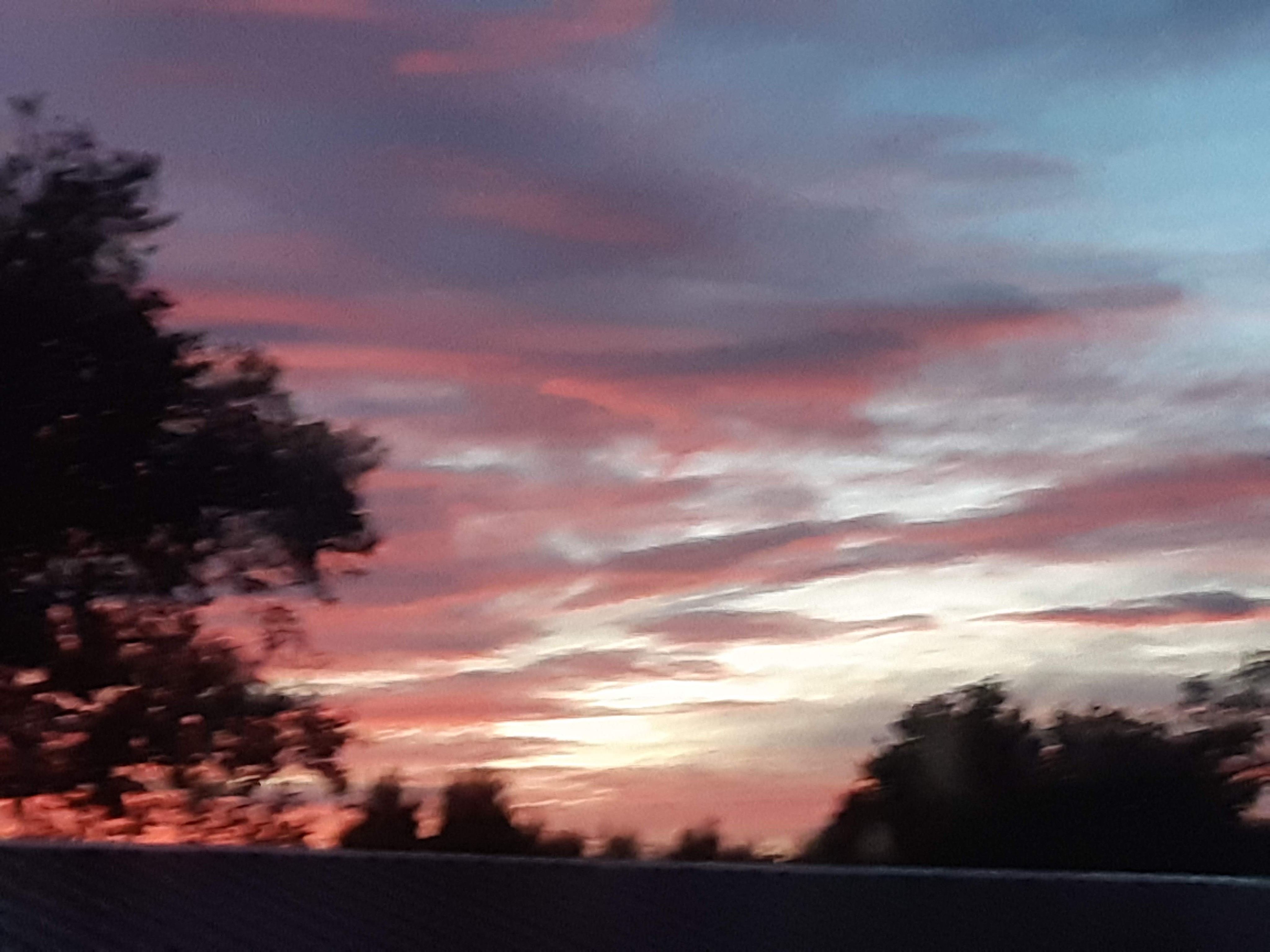 I would really appreciate your help…

Someone suggested that I could get paid to write and that I should set up a donations page. So here goes! It feels a little awkward but this is what I would like to do full-time, write. I can't pay my bills unless I earn my way so this will be my leap of faith. Thank you for letting me believe I have wings! Please note your donation is in NZ dollars and you may determine the amount - thank you again x